“I have dreamed what a joy you’ll be”

Who knew that exploring the soul of Richard Rodgers would reveal a Lauryn Hill sample and a guest rap from upcoming Bronx rapper Zaire Park? And that’s just on ‘Bewitched, Bothered and Bewildered’ alone. But that’s exactly what you find on Billy Porter Presents: The Soul of Richard Rodgers, a project co-produced and co-curated by Billy Porter, the Tony Award-winning Broadway actor and musician.

With lyricists Oscar Hammerstein II and Lorenz Hart, legendary composer Richard Rodgers redefined the American musical theatre with now-classic musicals like Oklahoma!, The Sound of Music, South Pacific, and The King and I. And now Porter pays tribute to his legacy by reinterpreting his songbook with an entirely more contemporary soulful bent. In his own words, “I like to think of this as the Richard Rodgers version of the Hamilton Mixtapes.”  END_OF_DOCUMENT_TOKEN_TO_BE_REPLACED

“Queen of Angels is not your grandma’s church anymore. God help your grandmother if it were.”

It was quite the unexpected pleasure returning to this soundtrack. My abiding memories of Sister Act the Musical were of initial disappointment that it wasn’t a retread of the film (one of my all-time favourites doncha know), the randomness of Whoopi Goldberg jetting in for a week of shows and the subsequent tour being rather good (if a little spoiled by the women behind me not shutting up for a minute). But listening to Alan Menken’s score, I was amazed how much of it I was able to easily recall – I may have seen the show 3 times but the last trip was back in 2012.

And how. From the raucous girl-group energy of openers ‘Take Me To Heaven’ and ‘Fabulous, Baby!’ to the (only slightly) more sedate musical offerings of the nuns’ choir in ‘Raise Your Voice’ and ‘Bless Our Show’, there’s a roof-raising joyousness to many of the songs that brings larger groups of the cast together. And leading from the front, the glorious Patina Miller is a full-throated pleasure to listen to as the divine Deloris, her voice soaring like a heavenly host but also capable of tenderness as in the stirring simplicity of the title track. END_OF_DOCUMENT_TOKEN_TO_BE_REPLACED

“Not quite ready to grieve”

I looked at Scott Alan’s live album last week and this week it is the turn of 2010’s What I Wanna Be When I Grow Up. His third album, it follows the similar path of collating songs around a common theme but still showcasing a wide range of musical influences from Alan, and showing off the extent of his address book in calling in some of Broadway’s brightest lights to help him out. It’s a nice collection but one which never really kicks fully into gear for me.

The relaxed radio-friendly emotion of Laura Osnes’ ‘Easy’ and ‘Warm’ by Zak Resnick & Morgan James and the chirpy, almost girl-group pop of Nikki Renee Daniels’ ‘Love, Love, Love’ show Alan’s undoubted skill with a well-honed melody and capturing contemporary pop sensibilities. His favoured style of writing is clearly stonking empowerment anthems of which there are plenty here – ‘Watch Me Soar’ by Willemijn Verkaik and ‘I Wish’ by Diana DeGarmo probably rank as the two strongest. END_OF_DOCUMENT_TOKEN_TO_BE_REPLACED

END_OF_DOCUMENT_TOKEN_TO_BE_REPLACED

Best Performance by a Leading Actress in a Play
Cicely Tyson – The Trip to Bountiful as Miss Carrie Watts
Laurie Metcalf – The Other Place as Juliana Smithton
Amy Morton – Who’s Afraid of Virginia Woolf? as Martha
Kristine Nielsen – Vanya and Sonia and Masha and Spike as Sonia
Holland Taylor – Ann as Ann Richards

Best Performance by a Leading Actress in a Play
Laurie Metcalf – The Other Place as Juliana Smithton
Amy Morton – Who’s Afraid of Virginia Woolf? as Martha
Kristine Nielsen – Vanya and Sonia and Masha and Spike as Sonia
Holland Taylor – Ann as Ann Richards
Cicely Tyson – The Trip to Bountiful as Miss Carrie Watts 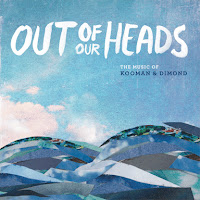 Michael Kooman and Christopher Dimond are something of an up and coming pair of US musical theatre writers with a handful of shows to their names – Golden Gate, Dani Girl and Homemade Fusion – that have been bubbling under whilst they build up their name and reputation. They seem on the right track as this CD, a selection of their songs, features a line-up of exciting Broadway, including at least one name that should be familiar to UK theatre-goers in the fabulous (baby) Patina Miller who headed up Sister Act here and is reprising the role back over the ocean. END_OF_DOCUMENT_TOKEN_TO_BE_REPLACED

“Don’t want to be dependent on a wink, a smile, or kiss.”

Having now downloaded it, I gave it a listen over the last week and in some ways, it is a bit of a double-edged sword having seen the live gig. It gave me that nice sense of recognition with some of the more memorable songs which made it a fascinating listen, but it also reminded me of the energy that accompanied the renditions of the songs and the live accompaniment. I have to say I wasn’t a fan of much of the orchestrations on the CD, it sounds a little bit too processed, too artificial, keyboards instead of pianos but then that’s just what I prefer. END_OF_DOCUMENT_TOKEN_TO_BE_REPLACED