All change on the Strand for Dreamgirls and Kinky Boots post closing notices at the Savoy Theatre and Adelphi Theatre respectively, and I revisit both.

Come mid-January, the Strand will look a fair bit different for theatregoers as both Kinky Boots and Dreamgirls have posted advance closing notices, leaving the Adelphi and the Savoy respectively on the same date, Saturday 12th January.  As sad as it is to see any show close though, both of these musicals have had a fairly decent run (Kinky Boots opened in August 2015, making it nearly 3 and a half years; Dreamgirls in November 2016, reaching two) and given how merciless the commercial market can be, I think both productions can hold their head up high with their West End runs.

And getting ahead of the game with those closing notices means that people still have many the opportunity to catch either or both of these shows before the final curtain. (I should add too, that both shows have announced that they will be touring the UK going into 2019.) I’ve paid both a revisit relatively recently and am happy to report that they both remain well worth seeing, due to some mighty fine performance. Oliver Tompsett has only just stepped into the role of Charlie Price but he is nigh-on perfect casting and his majestic voice suits Cyndi Lauper’s score down to a T and he’s clearly getting on well with Simon-Anthony Rhoden’s impressive Lola. END_OF_DOCUMENT_TOKEN_TO_BE_REPLACED

“I am freedom, I’m constriction
A potpourri of contradiction”

A cheeky trip back to Kinky Boots (my third time) – here’s my review from last time. I’ll just say Matt Henry continues to be fiercely amazing, the wholesome David Hunter is perfectly (re)cast as ol’ Charlie boy, and Elena Skye manages the not-inconsiderable feat of stepping into Amy Lennox’s shoes as the hilarious Lauren. It’s still a lovely, lovely show and I’m really pleased that it appears to still be doing really well. Now put the nose on the Charlie!

? Can you tap the GIF in time to give our Charlie a red nose for @comicrelief? ? #RedNoseDay pic.twitter.com/QeP4UVTzgt

“Tale as old as time”

It’s taken me a little time to get round to writing this review, which is rarely a good sign, as I was struggling for anything entirely constructive to say about this film. The 1991 animated Beauty and the Beast was Disney close to its best but these days, nothing is left alone if it has even the merest hint of cash cow about it. So it has previously hit the stage as a musical and following the success of Kenneth Branagh’s Cinderella, it now has a cinematic live-action remake.

Which is all fine and good but just because you can do something doesn’t mean you should. And at no point does Bill Condon’s film ever convince us that the world needed this version of Beauty and the Beast, there’s rarely any sense of it bringing something new and insightful to the story. Plus the contortions it (and star Emma Watson) has had to make to try and convince of its feminist credentials scarcely seem worth it in the final analysis. END_OF_DOCUMENT_TOKEN_TO_BE_REPLACED 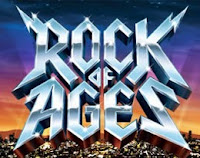 “Sometimes you tell the day by the bottle you drink”

If you thought that it would be rather unlikely for me to be going to Rock of Ages, then you would have been correct. It didn’t have the instant appeal to me, not so much in the fact that it is a jukebox musical but rather that the music on which it is based is the kind of the classic 1980s rock of which I wasn’t a fan as a boy at the time nor have I become one now. But one of the joys of maintaining a blog such as this is that occasionally I am offered tickets to shows, thereby getting to see things I wouldn’t normally have considered and so broadening my theatrical horizons, so thank you very much AKA, I am most grateful. So that is how I ended up in the Shaftesbury Theatre on a Wednesday evening, being served beer at my seat, fake lighter in hand.

The show has been something of a success on Broadway and has been eagerly anticipated by fans of the show here, of whom I know a surprising number, but I knew nothing of the show itself. It centres on Hollywood rock dive The Bourbon Room which is threatened with closure by some German developers who want to ‘clean up’ the city and the effect that will have on the people who work and frequent the bar. The owner calls in a big rock star to play his final gig there before splitting with his band; a city planner wants to secure its unique place in the town’s history, and these all have an impact on the tentative and tortured love story between the barman (and would-be rocker) and the waitress (an aspiring actress). END_OF_DOCUMENT_TOKEN_TO_BE_REPLACED