“My God, I wanted three daughters like the Brontes and I ended up with a family fit for a Channel Four documentary”

There was a special currency for Sarah Daniels’ Neaptide being the opening play in the #ntQueer season as this 1986 drama was actually the first by a living female playwright at the National Theatre – an astonishing fact all told. And it is perhaps sadly predictable that Daniels now finds herself somewhat neglected as a writer, despite being prolific in the 80s and 90s.

Neaptide proved a strong choice too, a powerful exploration of the extent to which lesbian prejudice permeated society and institutions even as late as this, and indeed how little we’ve moved on – in some ways. Daniels presents us with three generations of lesbians and explores how they deal with working or studying at the same school when a scandal threatens to upturn all of their lives.

Teacher Claire isn’t out but is involved in a bitter custody battle with her unscrupulous ex, the judgement from the court likely to be more favourable if the secret is kept, but the treatment of gay students at her school disquiets her, very much to her cost as it turns out. Jessica Raine was ideally cast as Claire, deeply empathetic and thoroughly invested in the role even from her chair.

Maureen Beattie as her well-meaning mother got the lion’s share of the laughs and a superb Adjoa Andoh as Claire’s boss brought real stature to the reading, which you imagine Sarah Frankcom could well turn into a full production given the response it got here. Neaptide may show its age just a little but with its cutting humour and sharp insights, it was the perfect opener to this season. 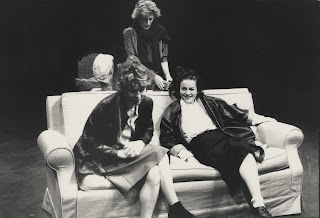 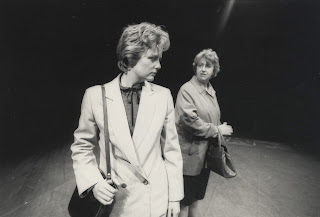