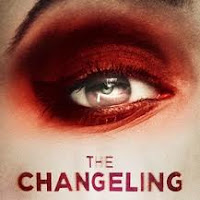 “Resolve me this question”

And the question is do designers ever actually sit in the seats that surround the sets that they create. I ask because Ultz’s design for The Changeling, currently playing in the Young Vic’s Maria studio, stretches the seating round all four sides as well as into a set of nooks and crannies and wheelchairs downstairs. This is fine on two sides with the usual red seating but with the others, a single row of seats has been placed behind a heavy thick rampart meaning that visibility of a third of the stage is compromised and only partly rectified by leaning forward.

Combined with the dreaded unreserved seating and the sheer arrogance of the audience members who refused to budge up like everyone else did in order to maintain ‘their’ spot and forcing some extraordinary contortions in order to allow many people to pass them, I couldn’t help but feel this was a configuration that had its audience too far back in its mind than is truly acceptable.

This won’t be the case for everyone, a good two thirds of the seats look to be fine though I can’t guaranteed you won’t get Satan’s own audience members next to you, and indeed my companion for the evening wasn’t half as bothered about having to lean as I was. But this is my blog and so I get to bitch about whatever I like! Fortunately the play was good enough to (mostly) overcome my reservations about the space and provide a wittily anarchic, jelly-filled take on Thomas Middleton and William Rowley’s revenge tragedy classic, the second take on it in recent months on the South Bank after a less than successful version at the Southwark Playhouse.

Joe Hill-Gibbins’ modern dress production is playful and insane in its portrayal of Beatrice-Joanna’s nefarious machinations in order to ensure she gets to marry the man she loves. Hiring her obsessed servant De Flores to kill the man her father wants her to marry, she thinks she’ll be free to pursue her true love Alsemero, but the fanatical nature of his love demands visceral reward which leads down the path of darkness and tragedy. Chilling stuff on the page but the staging in this warehouse-like space edges it closer to dark comedy with people being drowned in the punch bowl, murdered by fire extinguishers and using handfuls of jelly and trifle as weapons, sex aids and gore.

And with the use of furniture to make entrances from, the tone could almost be farcical but the darkness of the material is never far away. Many of the ensemble double up to clever effect but Daniel Cerqueira makes a chilling De Flores with a sweaty sleaziness as he paws his mistress, Duncan Wisbey’s asylum keeper is suitably creepy and wild-haired Alex Beckett radiates an unnerving intensity. And at the centre of it all is Jessica Raine’s Beatrice-Joanna, caught up in her lustful desires and pulled further into a web of sexual intrigue than she ever imagined. Raine rises to the challenge excellently, I’ve not yet caught her in Call the Midwife, but have followed her stage work avidly and truly believe she is destined for great things.

Structurally, the balance between the main strand of sex and revenge and the comic subplot set in an asylum does not feel quite right. The Southwark Playhouse junked it completely, but here it has just been trimmed but perhaps a little too much as the scenes feel a little awkward and at odds with the rest. But by and large, it doesn’t detract from the dark entertainment herein once one has become accustomed to the arresting aesthetic. On a nerdish note, I loved the mini Posh cast reunion: Henry Lloyd Hughes looking particularly fetching and Charlotte Lucas in excellent jelly-smearing form; and the mini London Road reunion with Howard Ward and Duncan Wisbey. And overall, it is a riotous piece of fun, complete with bonkers choreography from Maxine Doyle: just make sure you get there in good time to get a decent seat.

Running time: 1 hour 45 minutes (without interval)
Programme cost: no idea, the ushers had none left when I got there
Booking until 25th February, returns only but they have been popping up fairly regularly