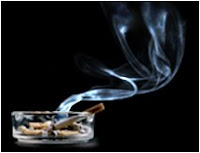 If I am being picky, I think there could have been more differentiation between the flashback scenes and the modern-day action. As admirable as the pacing was throughout the swift 90 minutes, it sometimes took me a little too long to work out exactly when we were, though this is only a minor quibble. The larger question that I

had concerned whether the ‘little fish’ concept really worked or not, i.e. Charlotte being a little fish in the big pond of NY and learning not to ‘swim alone’. During the swimming scenes it worked ok, but almost every other time it was mentioned, the references felt forcibly shoe-horned in and didn’t fit smoothly with the rest of the scenes. For me, this theme was overplayed and in the end, was not even necessary as the story stood up for itself even without this motif overlayed on the narrative.

LaChiusa clearly has a talent for writing multi-part songs and the opening number was absolutely superb, with some great choreography thrown in there, despite the tiny stage. Personally I would have preferred a few more of these bigger numbers, but Julia Worsley’s central performance as Charlotte is excellent, being unafraid to be spiky and believably unlikeable in her Sondheim-like solo numbers, and slowly beginning to thaw out during the process of self-discovery and the warmer songs of the final third. Elsewhere, as the best friend Kathy, Laura Pitt-Pulford was provided great support, as did the under-utilised Lee William-Davis as the gay friend, but the hardest working seemed to be Ashley Campbell who played a number of minor roles in very quick succession.

I certainly enjoyed my first trip to the Finborough, there’s a great pub downstairs with some extremely friendly bar staff. Little Fish itself was an intriguing experience: by no means perfect, but diverting and entertaining enough, to earn a recommendation. And quite frankly, any play that features onstage eating of pierogi and the dance move ‘the running man’ is a keeper!