Led by the remarkable Erin Doherty with great turns from Pippa Bennett-Warner and Billy Howle, twisty thriller Chloe is huge amounts of fun

“I just felt like a bit of an imposter”

The realisation of a six-part TV drama aside, writer/director Alice Seabright manages something rather clever in Chloe in offering up an authentic depiction of the way (some) people use social media (Instagram) these days. As we meet Becky Green, we see her scrolling through the ‘gram-a-like with the TV blaring away, doing a deep dive into the profile of one person in particular – the titular Chloe – combing through all the carefully curated details of their life, as it seems online at least.

Living somewhere on the rough side of Bristol, Becky’s life is presented as rather humdrum. Stuck with a mindless temp admin job and reluctantly forced into the role of carer for her dementia-suffering mother, you’d forgive her a little escapism. But when news of Chloe’s passing filters through, Becky spies an opportunity for herself. For she is a master of reinvention, adept at adopting new identities, and she soon inveigles her way into Chloe’s grieving friend group by donning ASOS’s finest and renaming herself Sasha. END_OF_DOCUMENT_TOKEN_TO_BE_REPLACED

“How much are you worth?”

Hand on heart, how many British nightclub attendants have you ever seen? You know, the ones you usually try and avoid eye contact with in the toilets, with their trays of perfume and lollipops and a too-small pile of tips. Difficult as it may be to test, I’d argue that its precisely the kind of job that most would turn their nose up at, hence immigrant labour being sourced and exploited. And that is what is at the heart of Atiha Sen Gupta’s scorching play Counting Stars, currently at Theatre Royal Stratford East.

Tucked into a backstage area, Diego Pitarch’s design places us right in the seat of the action, in the toilets of the Club Paradise in Woolwich, where Sophie and Abiodun are working a shift, hoping to later celebrate their one-year anniversary. Both Nigerian immigrants, they work a different cleaning job by day and return to Paradise each night, even if shockingly, they are paid absolutely nothing – their only money comes from those tips. See what I mean about being exploited. END_OF_DOCUMENT_TOKEN_TO_BE_REPLACED

Best Supporting Actress in a Play

Daisy Haggard, You For Me For You
There’s no way to describe Haggard’s performance that could do justice to just how accomplished it is. Ostensibly just gibberish, the precise nature of the gobbledygook becomes apparent as her speech slowly modulates into increasingly recognisable English. And all the while as she’s speaking what is essentially another language, she never forgets to extract every exquisite comic detail – just brilliant.

Honourable mention: T’Nia Miller, Eclipsed
As with Wright for Best Actress, it’s a tad invidious to separate out the ensemble of what was my favourite play of the year but the extra dimension that she brought to the show, adding the thoughtful complexity of class division to the mix was an absolute highlight.

Best Supporting Actress in a Musical

Emma Williams, Mrs Henderson Presents
An actress who deserves to be much better known than she currently is, her latest superlative turn in a British musical might just be the one to push her through to the wider public consciousness, as deservedly so. At one point, a single sustained note from her brought tears to my eyes in seconds.

Honourable mention: Amy Lennox, Kinky Boots
This was probably the closest run of these choices as I loved Lennox’s haplessly quirky turn as Lauren is the very definition of a scene-stealer, none more so than in the glorious ‘The History of Wrong Guys’.

The inevitable end-of-year lists of favourite plays and performances will be soon be coming (I just have to, you know, stop seeing shows…) but something I did last year which I really enjoyed was a compendium of “top moments in a theatre”, the breath-taking, show-stopping aspects of productions that have etched themselves in my mind over the past year.  END_OF_DOCUMENT_TOKEN_TO_BE_REPLACED

“This could be the gateway to extraordinary things”

The second series of Da Vinci’s Demons continues the historical fantasy in all its raucous, vaguely homo-erotic glory and feels like a stronger season for it. Having set up the busy world of Medici-ruled Florence and all its enemies, alongside Leonardo’s ongoing mystical quest at the behest of the Sons of Mithras, the show breathes a little here and has no compunction in scattering its main players on separate storylines, whilst folding in new ones to keep the story-telling ever fresh.

Most notably, Tom Riley’s captivating Leo hops on a ship with his pals and a guy called Amerigo Vespucci (Lee Boardman eventually getting to milk an excellent gag) to chase the Book of Leaves all the way to Peru and the depths of Machu Picchu. These South American scenes are just fantastic, magnificent to look at as our heroes take on the Incan Empire in all its gruesome feathered glory to uncover the mystery around Leo’s mother and the hidden power contained with the book. END_OF_DOCUMENT_TOKEN_TO_BE_REPLACED

“War has always been the handmaiden of progress”

From its opening moments of buttocks and blood (both belonging to an uncredited Hugh Bonneville if that floats your boat), it’s clear that Da Vinci’s Demons is going to have its fun whilst playing fast and loose with the early life of its subject, Florentine polymath Leonardo Da Vinci. Conceived by David S Goyer and a co-production between Starz and BBC Worldwide, it’s a good-natured romp of a drama series much in the mould of Merlin, Atlantis or the lamented Sinbad but perhaps tied a little closer to reality as it dips in and out of the tangled history of the Italian city states.

And it is its historical connections that serves as a main driver for the technological innovations for which Leonardo is famed and which form the ‘issue of the week’ around which most of the episodes hang. So as Da Vinci climbs into bed with the ruling Medici family, he’s sucked into their political machinations whilst battling rival families in Florence and the ever-present threat of the Catholic Church in Rome. Alongside this sits a more fantastical series-long arc about the mystical Book of Leaves and the Sons of Mithras who believe Da Vinci has only just begun to tap into his true power. END_OF_DOCUMENT_TOKEN_TO_BE_REPLACED

“Do poets get to be happy?”

It’s a rare production that really makes you sit up and pay attention but from the moment the percussive handclaps mark the beginnings of Kristiana Rae Colón’s ferocious new play Octagon, its unique energy electrifies the stage of the Arcola. Set in the world of slam poetry, 8 young Chicagoans prepare for lyrical battle but out on the streets of contemporary America, the struggle is painfully real as issues of race, gender and class characterise an inequality they can only protest by using their words.

And what words. Colón hooks her first half around the competition for a much-vaunted spot on Chimney, Chad and Palace’s team as five hopefuls take to the stage to deliver three minutes of poetry to win enough points from the judges. Watched over by Estella Daniels’ utterly magnificent compere who does a magisterial job in working the audience, subjects from Malala to Miley and racial profiling to the sexual gaze rattle round the theatre in some truly mesmerising and memorable performances. END_OF_DOCUMENT_TOKEN_TO_BE_REPLACED 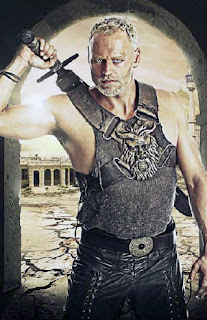 As you may have deduced from the pictures, my motives were not entirely artistic, as the show also marks the return of one of my favourite actors, Elliot Cowan, to the screen (plus introduces another nice-looking gentleman called Elliot into the bargain). And as I don’t have Sky and will have to wait for the DVDs to come out at the end of the 12 episode run, this seemed like too good an opportunity to miss to catch the first episode and attend the subsequent Q&A session. END_OF_DOCUMENT_TOKEN_TO_BE_REPLACED 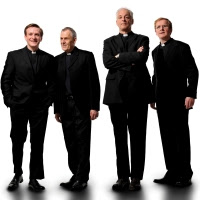 “What would be the proper Christian thing to do?”

Having hardly any willpower at all is not a good thing for a theatre addict trying to cut down and having decided that I would forego the David Hare season in Sheffield, all it took was one pint after Snake in the Grass and a casually whispered suggestion to sneak a day off work and off we popped to the Crucible to see Racing Demon. It is a play focused on the redoubtable institution of the Church of England and the battles it faces in remaining relevant to a modern society and what effective help can they provide in times of tangible hardship. It also whips through the pressures of the ordination of women and the acceptance of gays in the Church through looking at a team of ministers in a South London parish.

Daniel Evans has assembled a truly top-notch cast here, fully fleshing out the expertly characterised clergymen whether it was Jamie Parker’s evangelical but passionate young curate who stirs things up from the moment of his arrival, Matthew Cottle’s kindly Streaky who plods on with an appealing honesty or Ian Gelder’s superb Harry, being hounded out of the closet by a rapacious tabloid journalist. But even the bishops, perceived as the ‘enemy’ here, played by Jonathan Coy and Mark Tandy are powerfully persuasive as we come to understand the larger pressures they feel in a Church under threat from all angles. But it is Malcolm Sinclair’s central Lionel whose dilemma dominates proceedings and he is never less than utterly convincing as a man who is determined to do great good even whilst his faith wavers. END_OF_DOCUMENT_TOKEN_TO_BE_REPLACED