Skip to content
It’s that time of year again when I am publicly shallow in my appreciation of the men that grace our stages and given the hit counts I get on these annual posts, you’re all just as thirsty as me!

This list wouldn’t be this list without Elliot Cowan on it, it was almost named after him at one point!. And if there’s something a bit wrong about including so good a play as Les Blancs on as tawdry a post as this, there’s no doubting how his ongoing transition into a silver fox is irresistible.

Pink Mist was another of those plays where I had to try hard not to be distracted by the handsomeness of its cast, but fortunately a Gay Times photoshoot allowed us all to return, guilt-free, after the fact.

Apparently on a one-man mission to make Shakespeare sexy, this time saw The Winter’s Tale hotting up, especially good fun as I’d ponied up for seats that were practically on the stage for this one.

Any man that can do a Robyn dance routine (YOUARENOWHERE) is a winner in my book, and when you look like this guy, you can be sure I won’t be dancing on my own.

It’s a bit of a shame that Harington did a whole lot of press about how he didn’t like being objectifed for his body just before Jamie Lloyd went and exploited it shamelessly in Doctor Faustus. Not many other people were complaining though… 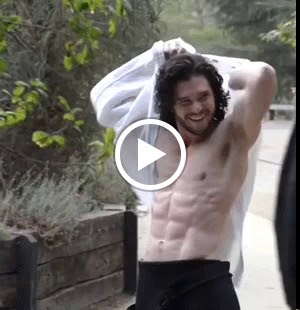 I loved the fact that within minutes of Murder Ballad starting, director Sam Yates had Karimloo shirtless, recognising and rewarding its target audience

Given that one of Emma Rice’s first innovations at the Globe was to get Derrington’s Lysander in his pants and flirting outrageously with a male Helenus, who knows what other treasures we have now lost with her untimely departure on the schedule later this year.

There’s probably something in the fact that I think every man I’ve ever seen play Stanley Kowalski has made it on here, so who am I to buck a trend…

Rumour has it I might have gone to Sunset in the Villa Thalia in the hope of seeing Mr Crane in beachwear. I may not have been disappointed 😉

Production shots for Sunset Boulevard missed out one of the more eye-opening bits of the show with Xavier in his swimming trunks but fortunately, his tracking of his fitness progress on Instagram in advance of the show 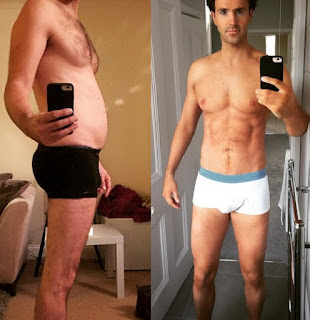 Utterly charming and silkily dangerous, Fagbenle’s performance in Ma Rainey’s Black Bottom was a feast for the eyes as well as the heart and soul.

And a final Brucie bonus, Luca Savazzi from one of the last things I saw in 2016…