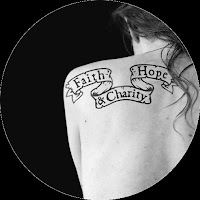 “I did not come here for a political diatribe”

I have a friend who has a mortal fear of the embarrassment she would suffer if she were to die on the toilet (yeah, I know!) but the manner of playwright Ödön von Horváth’s death is so bizarrely random, killed by a falling tree branch on the way to see Snow White and the Seven Dwarves at the cinema, that I think I’d take it (although I’d want to be on the way to an art-house film rather than The Green Lantern – pretentious to the end ;-)) In which convoluted way leads us to the Southwark Playhouse who are putting on his 1933 play Faith, Hope and Charity. It has been translated by Christopher Hampton who also did the English version for the Almeida’s Judgment Day, my only other von Horváth experience.

The main premise of the story is of how the working class individual can struggle to make ends meet for a lifetime yet still be lost in and crushed by a social system that cares nothing for them. Saleswoman Elisabeth is such a person: fined for selling lingerie without a permit which she can’t afford to buy because she hasn’t got a job, she borrows money to pay the fine and borrows some more to get the permit, but her economy with the truth – after all who would lend money to a petty criminal – gets her into even more trouble as she struggles to keep life and love on track.

As the central Elizabeth, Rebecca Oldfield has to carry the play with a difficult role, folding a relentless chirpiness into the essentially tragic narrative and it just comes across as the one note no matter how much worse the situation gets for her. More nuance or shading is needed to vary the tone somewhat and keep us invested in her fate: society seems to be working against her but is she really making the most of her opportunities? I’m not sure whether it was playwright, translator or actress but it isn’t always immediately clear where our sympathies should lie. Matters aren’t helped by actresses as strong as Helena Lymbery and Penelope McGhie playing a range of supporting characters around her, exuding a restrained elegance and generating interest and clarity of intent with even the smallest of their parts.

Employing the likes of Roy Sampson and Paul Bhattacharjee to do similar work in multiple small roles seems a curious choice from Kubigsteltig as it doesn’t currently feel like a decision that plays to their strengths, the differentiation in their small roles not quite enough to make the whole production work. Jude Monk McGowan does well on his professional debut as the love interest Alfons, but it is telling that he is one of just the two actors who gets to play the single role.

Signe Beckmann’s art deco-inspired design actually looks best when in repose, the multi-panelled wall sliding one way and another to reveal a range of locations, but looking most effective as a plain backdrop. The simplicity of the staging does allow for speedy scene changes which are punchily underscored by Tom Gibbons’ thumping industrial interludes but there’s little to indicate the passage of time which had the woman next to me rather bamboozled.

A tale of working-class despair in the face of a cold, unfeeling bureaucracy that cares little for them ought to sing with resonance in today’s world, but this production of Faith, Hope and Charity never quite manages to make that connection to make this essential viewing. It could hardly outstay its welcome at this length and there’s some good performances in here, but by not engaging real sympathy with its main protagonist or central premise, one wouldn’t want it to go on much longer.

TV Review: I May Destroy You