Series 12 of Silent Witness, aka the one they are allowed to start getting jiggy with it, oh and they jet off to Zambia for a bit

“You lot are expert arse coverers”

Expanded to six full-length stories and moving one of them to Southern Africa, Series 12 of Silent Witness ought to be something of a golden age for the show. And even if it doesn’t quite hit that highmark for me as the writers start to head increasingly to the personal lives of the team, it is still immensely watchable.

With major fluctuations in the force, Series 8 maintains a strong level for Spooks – you could argue it should have stopped here

Finally, after too many years of yoyo-ing between good series bad series, Spooks finally put together two strong instalments back to back. I think the shorter run (8 episodes) really does focus the writing which now goes all-in on the serial plot line running through the whole series, yet still finding time to blend in self-contained storylines here and there.

Big betrayals cut deep, harsh on a team barely recovered from Connie’s recent deception. Personnel changes rock the team equally hard, as Malcolm is (metaphorically) sacrificed to bring back Ruth, Jo is (literally) sacrificed for big business and Ros (understandably) goes in hard for Tobias Menzies. And Richard Armitage’s Lucas North gets his arse out – quality TV all round. Should Spooks have gone out all guns blazing here?

Nicola Walker-ometer
She’s back! There’s a measure of contrivance in Ruth’s return to the show, necessary to undo the finality of her previous departure and to extricate her from the cushy life in Cyprus which she’d established forself. So cheerio to handsome new partner (they weren’t married so it’s OK he got killed), sayonara to her step-child in all but name, and welcome back to sweet emotional lrepression with Harry. END_OF_DOCUMENT_TOKEN_TO_BE_REPLACED

Of all the versions of Jane Austen’s Emma, I can’t really believe that I will ever see one as well done as this 2009 BBC adaptation by Sandy Welch and directed by Jim O’Hanlon. Everything about it works for me, from the clever casting choices to the subtle redefinition of some characters, the (now) luxurious running time to the production values which mark it as something of a dying breed in terms of BBC period dramas.

I love its inventive prologue contrasting the early lives of Emma, Frank and Jane, how tragedy touched them all but their positions in life meant their journeys took wildly different paths. Romola Garai makes an immensely appealing heroine, her beautiful wide eyes so open and honest yet quickly able to take on a harder glint as her more self-obsessed side takes over, and she works so brilliantly with her cast-mates to give us full-fleshed, believable relationships.

There’s genuine affection with Michael Gambon’s fretful father, a tangible sisterly bond with Jodhi May’s former governess, a vivid friendship with Louise Dylan’s hapless Harriet and that real sense of antipathy that comes from two beautiful girls not quite able to make each other out with the arrival of Laura Pyper’s mysterious Jane Fairfax. And there’s Jonny Lee Miller’s excellent Mr Knightley, a hugely handsomely dashing figure who shares immense chemistry with Garai. END_OF_DOCUMENT_TOKEN_TO_BE_REPLACED

“Every night, I find myself waiting for something”

Fans of overwrought cod-Victorian melodrama are definitely in for a treat at the Salisbury Playhouse, though I have to say Patrick Hamilton’s 1938 play Gaslight sadly fired up no sparks for me. Perhaps our taste in thrillers has become too sophisticated for such less complicated pleasures as these but the writing is clunky beyond belief, depressingly predictable from the off, and not helped by a production that tries to find a solution in prolonging the agony.

Hamilton sets his story in the household of the Manninghams, where he is a moustache-twirling, cackling fiend and she is a near-hysterical waif of a thing firmly under his thumb, leaving us in no doubt as to what’s afoot when the question is raised of whether she is losing her sanity or some more nefarious plan is in action. On and on it goes as their staff are drawn into the narrative along with an inquisitive detective but there’s so little to their parts, barely a hint of the characterisation that would lift the majority of the play from just being functional.  END_OF_DOCUMENT_TOKEN_TO_BE_REPLACED

“You assert this fabulous moral conscience John, this adherence to unwritten law”

Despite finding Ruth Wilson’s performance as Alice Morgan one of the greatest things on TV, it was with a slightly heavy heart that I heard she would be returning to Luther for its third series. The way in which she was crowbarred into the second was no great success and I feared that familiarity might breed yet more contempt, but my faith in writer/creator Neil Cross was strong enough to see me through, along with the news that favourite-in-these-parts Elliot Cowan would be part of the guest cast.

The 4 part series essentially took the form of two 2-parters – the first making literal the horror trope of there being something under the bed and the second exploring vigilante justice, along with a series-long story which saw Internal Affairs turn the heat on Luther himself, trying to get to the bottom of just why so many of the people around him ended up dead. This latter strand didn’t really work for me, rehashing Dermot Crowley’s Schenk’s original role in the show, and adding a note of false jeopardy that never felt like it was going to go anywhere substantive.
END_OF_DOCUMENT_TOKEN_TO_BE_REPLACED

I’ve been something of a reluctant convert to radio drama, for every production I’ve enjoyed, there’s been one that has disappointed me, but if there is another that is as good as this version of Possession, then I will be a happy boy. Over the past three weekends, I have listened to the omnibus editions of this Radio 4 adaptation of AS Byatt’s novel by Timberlake Wertenbaker and have been utterly seduced by it. It was simply gorgeous, stunningly beautiful to listen to and deeply moving. I shall be investigating whether one can buy it as it really was that good.

Wertenbaker’s adaptation sees research assistant Roland Michell and literary scholar Maud Bailey recounting their quest to discover the secrets uncovered by two letters between Victorian poet Randolph Henry Ash and a woman named Christabel Lamotte which threaten to upturn literary history with their revelations. They are pursued by other more nefarious sorts who also want the correspondence and so the race is on to be the first to discover the truth. This story is enhanced by the reciting of letters between Ash and Lamotte as we follow their story of an illicit yet all-consumingly passionate affair which is revealed at the same time. END_OF_DOCUMENT_TOKEN_TO_BE_REPLACED 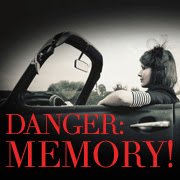 I Can’t Remember Anything is the first play, a two-hander featuring a pair of elderly New England neighbours meeting for dinner as is part of their routine. Routine has become important as Leo, a retired engineer, is beginning to lose some of his mental sharpness, but Leonora’s memory is failing much more dramatically. Played by real-life husband and wife David Burke and Anna Calder-Marshall, there’s a really touching brittleness to the way in which they play off each other, constantly at odds and unable to agree on anything as their vibrant lives as are touched back on with varying degrees of lucidity, fading memory unable to destroy their beautifully easy rapport. END_OF_DOCUMENT_TOKEN_TO_BE_REPLACED

Set in a private school in Stockport and following some sixth-formers over a few months as they deal with the pressures of mock A-Levels and the tantalising glimpse of university and the freedom from their current life it offers. It sweeps over a range of teen issues, bullying both by text and physically, inappropriate crushes, fears about the future and university, sexual confusion, self-harming, in an impressive manner, never lingering too long on any but not patronising them either as the relationships between them become the focal point as we reach the shocking climax. END_OF_DOCUMENT_TOKEN_TO_BE_REPLACED