The National Theatre today announces the on-sale dates of upcoming productions Middle, Our Generation, The Corn is Green and The Father and The Assassin. Tickets go on sale to the public on 2 December 2021. END_OF_DOCUMENT_TOKEN_TO_BE_REPLACED

The National Theatre has announced its programming until the start of next year with productions on all three South Bank stages as well as three major UK tours, two productions on Broadway, a return to cinemas, and a new feature film to be broadcast on television this autumn. In the week the theatre reopened for audiences again, six new productions were announced, and five productions halted by the pandemic were confirmed to return to the South Bank.

It has also announced the public launch of National Theatre Together, a new campaign with people at its heart, highlighting the importance of creativity and collaboration with theatre-makers and communities, for young people and audiences. The campaign cements the NT’s commitment to the people of this country and will raise vital funds for the theatre’s ambitious recovery post-pandemic.  END_OF_DOCUMENT_TOKEN_TO_BE_REPLACED

Lots of exciting news coming out of the National Theatre today, including actors Nicola Walker, Giles Terera and Kristin Scott Thomas, directors Simon Stone, Lynette Linton and Nicole Charles, and returns for Small Island, Beginning and The Ocean at the End of the Lane

The National Theatre has today announced nine productions that will play on the South Bank in 2020-2021 alongside previously announced shows. These run alongside their international touring productions, three plays that will tour to multiple venues across the UK and a West End transfer. The NT also announces today that it will increase the quantity of low-price tickets on the South Bank by 25%, with 250,000 available across the year at £20 or less.

In the Olivier Theatre the critically acclaimed production of Andrea Levy’s epic novel Small Island directed by Rufus Norris returns following a sold-out run in 2019. Adapted for the stage by Helen Edmundson, the revival will run from late October 2020 with casting to be announced. END_OF_DOCUMENT_TOKEN_TO_BE_REPLACED

“Everybody has one vice…”

An interesting choice of revival rounded off the One Stage season for emerging producers that has been taking place at the St James Theatre in Emlyn Williams’ Accolade. Previously seen at the Finborough back in early 2011, it won awards and critical acclaim as it formed part of Blanche McIntyre’s rise to one of the most eagerly watched directors working in British theatre and so despite the delay, it does seem like an astute decision from producer Nicola Seed to nurture this back onto the stage.

And something I hadn’t appreciated was how different it would feel in both a post-Leveson and post-Yewtree world. Will Trenting’s huge success as a novelist has seen him be awarded a knighthood despite the salacious nature of his fiction but the night before he is due to receive it, secrets and scandals come creeping out of the woodwork. For Trenting has taken the maxim ‘write of which you know’ most seriously and enjoys a regular dose of orgies in Rotherhithe on the side of his otherwise happy family life and a participant at one of them is discovered to have been underage.

END_OF_DOCUMENT_TOKEN_TO_BE_REPLACED 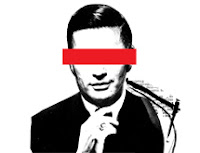