“I’ll sit through drivel if I have to, providing it’s witty and amusing”

The Arcola has had something of an unofficial Russian season of late, what with Anna Karenina and Uncle Vanya, and so their attention now turns to Chekhov’s classic play Seagull (the definitive article is clearly passé this year what with Government Inspector losing it too) with Runaway Theatre, using a new translation by Charlotte Pyke, John Kerr and Joseph Blatchley, the latter of whom is also the director. Set in 19th century Russia, the story revolves around four artistic types: fading actress Arkadina, young ingénue Nina, successful writer Trigorin and would-be playwright Konstantin and their complicated loves and lives between each other and those around them. When Konstantin puts on a play for the two women in his life, it acts as the precipice for a tragic set of consequences as all strive for emotional happiness and artistic freedom, yet despair and failure are never far away.

With this new translation that adhered word-for-word to the original text, it was discovered that some cuts and amendments had been made by the Russian censor back in 1896 and these have now been restored. It doesn’t quite mean there’s now Tarantino-levels of swearing and violence, indeed I would reckon even Chekhovian scholars would be hard-pressed to notice all the changes as many of them are relatively minor, but adding layers of subtlety to characters and a touch of clarity to relationships that contribute to the overall feeling of freshness to this interpretation. END_OF_DOCUMENT_TOKEN_TO_BE_REPLACED 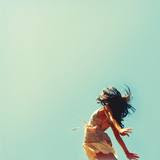 When Bea, a young woman stricken with an unidentified but horrifically debilitating and incurable condition, has a new carer employed by her over-protective barrister mother, she sets about getting him to help her write the most difficult letter possible, stating her desire to die and asking for the help necessary, from her mother, in order to make that happen. Thus Gordon explores the boundaries of human kindness especially towards loved ones and empathy for those suffering from any range of conditions and diseases that render them helpless. For Bea’s particular condition is never identified (though ME is hinted at), meaning that instead of being a specific debate about assisted killing in relation to a certain disease, this is a more nuanced look at the relationships that exist in Bea’s life, such as they are, and the life that Bea wishes that she could have, were she not trapped in her failing body.

Pippa Nixon is beautiful at illuminating the indefatigable inner self of Bea, wonderfully eloquent in the reasoning behind her choice to end her life, an irrepressible spirit that is hard to resist and made all the more painful by the moving scenes when she was portraying the disease-ravaged reality of Bea’s condition. Paula Wilcox’s mother is beautifully observed: stridently over-protective of her daughter but there was a real honesty to the way in which she portrayed the dilemmas of her character, finding refuge in the legal language of her job but slowly becoming accustomed to the new presence in her household as she recognises how Bea responds to her new carer. And Al Weaver as Ray, said carer and more accurately named Not Gay Ray, is simply outstanding, with several monologues including a frenetic and hilarious run through a scene from A Streetcar Named Desire, the touching revelation of the truth behind his choice of profession and excellently demonstrating the depth of the compassion he develops for Bea as she makes requests of him that he struggles to deny. END_OF_DOCUMENT_TOKEN_TO_BE_REPLACED

“Now that’s what I call a therapeutic intervention”

The Almeida plays host to the world premiere of House of Games, a Richard Bean stage adaptation of David Mamet’s 1987 film Margaret Ford is a celebrated wealthy psychoanalyst working in Chicago but after allowing one of her patients to get under her skin, ends up compromising her professional reputation as she attempts to resolve his gambling debts and gets sucked into a world of tricksy cardsharps and handsome hustlers. She attempts to justify her actions by writing a book about this world but soon realises she is in way out of her depth.

It is all good fun and nicely paced under Lindsay Posner’s direction as we whip through the series of events in 100 minutes without an interval. There’s lots in here to keep you guessing throughout, but there are a couple of moments where it resembles the BBC1 programme Hustle far too close for comfort, and those experienced in this type of thriller might be a little disappointed the way in which things go. That said, although I worked out what was going on, my companion remained unaware and consequently really enjoyed the revelations. END_OF_DOCUMENT_TOKEN_TO_BE_REPLACED