“Such a small thing. But a huge thing”

The Donmar’s production of Conor McPherson’s The Weir was an undoubted success last year and so the news of a West End transfer into the Wyndham’s was hardly too surprising. Josie Rourke has kept her cast of five intact for this stunningly effective piece of drama which has been grandly hailed as one of the all-time great modern classics. Who knows whether that much is true, but a return visit did confirm it as one of the most highly-rated plays I saw last year (review here). 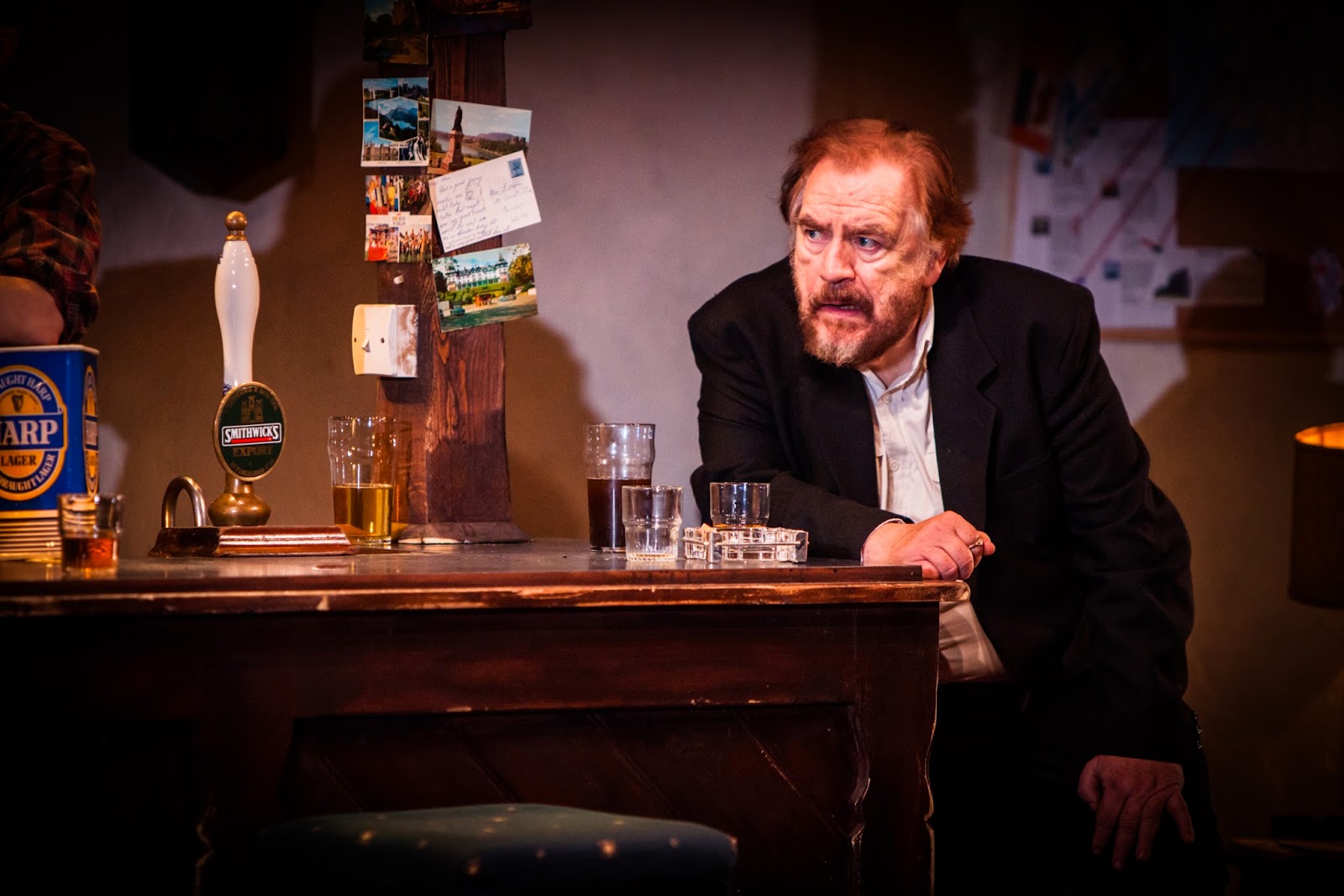 What I was interested to see was how it stood up to a second viewing. Many of the critics this time round approached the revival having seen the original run back in 1997 and so viewing it from that prism clearly had an effect on how they received it (more four stars than five), but I have to say I adored being able to revisit the play. Able to breathe much more this time as the suspense was much less, I was able to take in the wash of beautiful language that ebbs and flows through this rural Irish pub.

Having seen it at the Donmar, one might miss the thrilling intimacy of that studio space, but Tom Scutt’s design rises to the occasion of the larger West End house – filling the stage effectively yet still drawing the audience in so that we too might be sat on a bar stool, tearing up beer mats and telling a tale or two to pass the time by and impress the newcomer. And I’ve not much more to say than you really should go and see it if you haven’t done so already. A pitch-perfect cast in a pitch-perfect production.