In lieu of Mr Cowan’s (twice winner of this category) highly unfortunate ineligibility (due to the fact I haven’t seen him onstage this year), I was toying with the idea of renaming this award along the lines of The Elliot Cowan Award for Hotness, (cue bonus pic)

but thought better of it. In any case, I present to you the winner, and then the 9 runners-up in no particular order of the men (so many of whom called Dominic) who made going to the theatre so much, somewhat less of a trial. This has also regularly been one of the most popular posts I do each year, shame on us all!
1. Jude Law

Perhaps an easy one but by God, never has the term ‘glistening torso’ been more apposite. Excellent, excellent work from the beefed-up Mr Law and the acting wasn’t half bad either. Source

I’d struggle to tell you what it is about Dominic Rowan, but especially after the raw masculinity he exuded in the Royal Court’s The Village Bike I just would. So there. Source + Source

Jonny Lee Miller is the more conventionally handsome to be sure, but Benedict Cumberbatch announced his arrival on my radar in fine, buff fashion in the opening sequence to Frankenstein: most unexpected and most lovely from both of them! JLM Source + Source BC Source 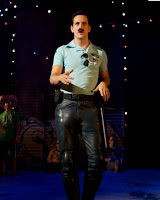 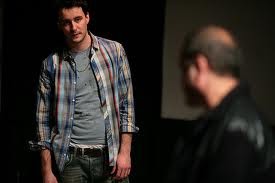 Oh the Swainsbury. One of the funniest/most awkward moments of the year came one Friday night in the bar of the Hampstead Theatre, when the wrong side of several glasses of wine, I decided to tell the Swainsbury how I admired him and he managed to leave me nonplussed by talking about the blog! I should be careful what I say on here then 😉
6. Simon Lipkin

Made Rock of Ages as close to watchable as it ever got. Source + Source

Treat ‘em mean and keep ‘em keen, Mr West didn’t play the most likeable of characters this year, but Iago whipping his shirt off was an added bonus in a stellar Othello.

I had to put Bertie down as he is so chameleonic in his various stage roles that I could quite easily have found him hugely attractive onstage several times and never known it was him! Source
10. Gabriel Vick

I couldn’t find a photo to do adequate justice to the tall drink of water that is Gabriel Vick, and I hope his broken foot is getting better. Source
Honourable mentions for:
Michael Malarkey: Stockard Channing’s Rizzo spoke the truth when she rhymed Elvis with pelvis and mentioned filth

Dugald Bruce-Lockhart: was a shoo-in after Comedy of Errors but Henry V knocked a few points off for me tbh 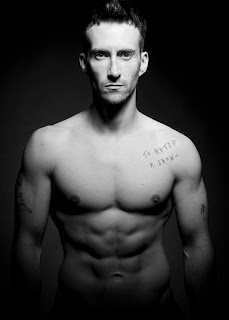 and David Caves: because I feel for him, every director he works with makes him do a shirtless scene… 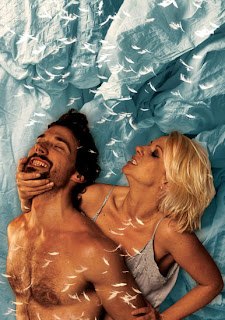 NB: As ever, I’ve tried to source the pictures where possible, but this is all done in the spirit of goodwill to all men so if there are any issues, then please contact me.

The only way One Man Two Guvnors is going to feature in any of my awards (until I do a Worst of the Year, that is!) and mainly an excuse to put up this clip which a reader kindly forwarded to me. Source

Round-up of news and treats and other interesting things