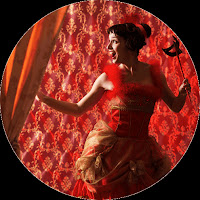 “In short, ‘tis one universal masquerade but where all assume the same disguise of dress and manners”

When I first heard that director Jessica Swale was doing a new play at the Southwark Playhouse, my heart skipped a little tiny beat as her last work in London, the excoriating Palace of the End, was a truly astounding theatrical experience and one that ranked a mighty third in my list of everything I saw last year (271 shows for the record). That the play she was putting on was The Belle’s Stratagem, a Georgian comedy of manners by Hannah Cowley, gave me momentary pause but then I quickly remembered that Swale had previously mounted The Rivals, by Cowley’s contemporary Sheridan, to great effect in a raucously inventive production back in January last year at this same venue.

I was lucky enough to catch a small production of one of Cowley’s other plays, A Bold Stroke for a Husband earlier this year, and so I was a little more familiar with her history than most. A playwright who became one of the most successful of either gender in her day which is quite extraordinary given how little rights Georgian women had and just how forward-thinking her message of female empowerment was. Despite this, her plays quickly fell out of favour after her death, meaning that even The Belle’s Stratagem, her most successful work, has not been seen in London for over 200 years.

The plot whirls around marriage season in London in 1780. As husbands adhere to the strictures of the time by trying to keep their wives away from the damnable effects of society and suitors are disappointed by the perceived dullness of English women after the comparative delights on the Continent, the women of The Belle’s Stratagem take matters into their own hand. Whether it is devising plans to prove them wrong or partnering up with two of the grandest dames of the London scene, these are no shy, retiring flowers but passionate, strong-willed women determined to make the best of their lot and they seize their opportunity at a masquerade ball that finishes the show.

It is highly successful: Simon Kenny’s simple curtain-bedecked design allows for the necessary fast-flowing pace to take us speedily through the numerous scenes between the numerous sets of personnel. But Swale never gets too carried away, the characters are cleanly established and differentiated from the off and though there’s a strong comedic element throughout the show, it always remains exceptionally human.

Music is used extremely effectively throughout the production. As in The Rivals, modern tunes are incorporated but to a more significant degree here; the songs we hear are strong female ones from the likes of Lily Allen, Spice Girls and Sugababes, arranged in delicious a capella style so that it often takes a wee while to work out just what it is we are hearing. They provide a perfectly apt backdrop to the storyline and combined with the rest of Laura Forrest-Hay’s score which also blends in period songs, the 16-strong company sound wonderful.

And what a company. As the two lead belles, Gina Beck and Hannah Spearitt are well cast, Beck’s feistiness contrasting nicely with Spearitt’s delicate sweetness and their vocal skills are well utilised: Beck’s rendition of Berlin’s ‘Take My Breath Away’ is just lovely and there’s a definite thrill for any 90s kid in watching a former member of S Club 7 singing a Spice Girls song! As their respective hapless fellows, Michael Lindall’s Doricourt is just excellent especially when feigning madness and Joseph Mcnab is also good fun as the prissy Touchwood. Christopher Logan’s gossipy Flutter is highly amusing and there’s excellent work from Maggie Steed in particular, with Jackie Clunes as the ‘rambunctious wits’ of whom Touchwood is most wary of polluting his wife. Sparklingly energetic, fresh and amusing, I doubt it will be another 200 years before we see another production of this play but just in case, book for this one now.

Running time: 2 hours 20 minutes (with interval)
Programme cost: £2.50 and by the crin, it is worth it! One of the best-put-together and funniest reads of the year, highly recommended!
Booking until 1st October

News: a stream of Emilia announced to get us through November