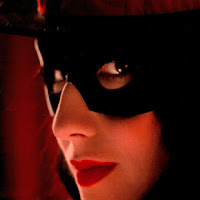 The Bridewell Theatre has been running its Lunchbox Theatre slot for a while now, 45 minute long shows at 1pm and people being able to take their lunch in with them whilst enjoying a bit of theatre, but I hadn’t really been tempted as it is not conveniently located for my office and the idea of people eating during a show brings me out in hives. But, a fortuitous combination of a mid-morning meeting nearby and an intriguing play by a forgotten Georgian woman playwright meant that I went along to see A Bold Stroke for a Husband (I cheated a bit, eating noodle soup before I went in, but I took a chunky KitKat in with me though!)

The play is by Hannah Cowley, a contemporary of Sheridan but someone whose works have largely fallen out of favour, and this claims to be the first staging in 200 years of this particular work. In a nutshell, Don Carlos who, having abandoned his charming wife Donna Victoria, has signed away his estate in the throes of passion to the seductive Donna Laura, and so Donna Victoria is forced, with the help of her friend Donna Olivia, to dress up as a boy, Florio, to try and win the heart of Donna Laura and somehow reclaim her fortune. In the midst of all this Donna Olivia’s father, Don Caesar, wants to marry off his daughter to sort out his legacy, but she wants to get it on with Don Julio, whom she’s admired from afar but he’s a bit of a confirmed bachelor.

That this is all covered in 45 minutes is impressive enough, but that they manage to set the scene so effectively and so quickly is extremely well done through Pip Minnithorpe’s clear direction. The opening sequence is breathlessly mounted with a series of quick tableaux, plotting out the key relationships with great humour with the rest of the cast freeze-framing behind them. This wry humour emerged again later on with Dan Smith covering the roles of two rival suitors in the same scene and more than once to great comic effect and a repeated trick of everyone spitting each time the darned Portuguese were mentioned remained funny throughout.

Indeed, the comic aspects were incredibly strong with a number of well-defined performances that belied the short running time: Karen Elliot’s maid was terrifically funny especially when presented with the opportunity to spend a little time with Don Julio incognito; Tom Radford’s Julio was undoubtedly swooningly handsome but he had a refreshingly openness to his comedy which made him all the more appealing and Ursula Early’s Donna Olivia, the most obvious recipient of Crowley’s true feelings about marriage and the lot of women at the time, was a wonderfully feisty, bright-eyed and believable strong-minded woman, secure in the knowledge that she knows what is best for her.

Against the well-played comedy, the slightly more serious side suffered a little with less time to truly convince of deeply-held relationships. Luciano Dodero had the tough job of convincing us of the truth of Don Carlos’ worth as a husband after his affair caused so much trouble and likewise Amy Humphrey’s Donna Victoria going to such lengths to win him (and their estate) back seemed to fly a bit in the face of the liberated arguments of her friend Donna Olivia. But it was all still appealingly done and the exaggerated energy of the whole show meant that things always moved swiftly.

So a really quite engaging way to spend one’s lunchtime, a fun introduction to Georgian plays (a hitherto unexplored area for me) and a cracking first production from Little Bear, a new production company with an eye on bringing new perspectives to both period and modern pieces. Recommended (but get there a bit early and eat your lunch before it starts!)