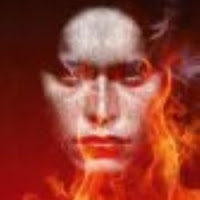 “Hell is pursuing you”

In a rather odd coincidence, my visit to the ENO’s production of Gounod’s Faust came just a couple of days after my slightly unwilling trip to Jersey Boys and unlikely as it may seem, these two shows actually share a director in Des McAnuff. You can currently see the Faust story being rocked Reykjavik-style at the Young Vic but this interpretation of the classic tale focuses on Faust’s obsession with Marguerite but has been relocated to a nuclear research laboratory in 1945 with the scientist suffering from post-Hiroshima and Nagasaki guilt and dreaming of an earlier time, and a girl, which for him is in the time of the First World War.

In the lead roles, none of Iain Paterson, Toby Spence and Melody Moore disappointed as they were all vocally strong (apart from Paterson’s lower notes) but I found it hard to really engage with them as characters. Paterson’s Mephistopheles was nicely avuncular rather than devilish; Spence’ Faust was handsome but largely wooden and Moore’s Marguerite was unconvincing at playing the lighter notes of a girl distracted by jewels or swept off her feet, only really connecting in the final scene.

I actually enjoyed the supporting performances more: Anna Grevelius made for a bright voiced Siebel and there was also excellent work from Benedict Nelson as Marguerite’s brother Valentin and Pamela Helen Stephen as one of her friends Marthe. I generally found the larger sound to be quite muggy, whether it was the lack of clear diction from the chorus or a fuzziness from Edward Gardner’s orchestra, everything felt as if refracted through a lens and in need of more clarity.

For me, too many aspects of the design did not work. There was a lot of clumsy staging, the waltz was rather boring and a wasted opportunity, the return of the soldiers from WWI was dominated by the need to squeeze in one by one through a ridiculously narrow doorway, Hell wasn’t anywhere near hellish enough, the use of projections was ill-thought-through (and simply creepy in the case of the giant blinking faces). And as anyone who has read a few of my reviews will know, I hated the use of puppets, especially as it was purely cosmetic here, they did nothing but come onstage briefly and then disappear. Peter Mumford’s lighting is highly effective though and there were some great moments, most of which involved staircases.

Ultimately a bit of a disappointment for me: I found it too dull too often despite being well sung but crucially, the interpretation was lacking in any real depth despite invoking WWI and nuclear holocaust, focusing instead on stage trickery with flashes, projections and a magic bunch of flowers.

Review: Tell Me On A Sunday, St James Theatre