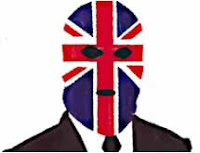 Set in Dagenham, dyed-in-the-wool Old Labour stalwart Peter is struggling to deal with the disillusionment of his daily life. This is highlighted by his son Mark’s inability to get regular work and to secure a council flat for him and his daughter, whilst Pete perceives that the immigrants in the area are having their needs met first. When a local BNP campaigner’s message, a smartly dressed British Asian woman at that, resonates strongly with him, he falls for the rebranding and the renewed sense of purpose given to him as she employs Pete as her campaign manager. Sucked into this murky world, Pete is forced to face the conflict between his new politics and old, between new relationships and his multicultural old friends and family, all the while dealing with his ultimate sense of betrayal by a country he has worked so hard for.

And it is powerful, urgent, contemporary stuff. Lustgarten’s real achievement has been in creating a highly authentic world: each character rings true, both in their inter-relationships and in their passionately held beliefs no matter what end of the political spectrum. And the situations into which he places them are instantly recognisable: any London commuter will nod at the opening scene set on a raucous bus filled with speakers of every language but English, the palpable alienation felt by Pete being leavened with the wittily subversive reality of what is actually being said, provided by an onstage translator.

In the cosy space of the Finborough, events can sometimes feel a little cramped, especially when there are multiple characters onstage, but the intimacy serves to heighten the tension and helps the audience to really feel the strong emotions of the piece.

I was a great fan of Sam Swainsbury in The Rivals earlier this year, and not just because he practically sat on my knee, but he is even better here as single dad Mark and I defy you not to fall in love with him here, even if just a little bit! He is cheeky and charming, the date in Nando’s is possibly the funniest scene I have seen so far this year, but he also plays the emotional scenes of the second half with conviction. Thusitha Jayasundera is terrifyingly plausible as Gina the manipulative mixed-race BNP candidate, with a brave intense performance that remains credible throughout, and really does leave one questioning how far we as a society have allowed the BNP into the mainstream political and media arena.

If there is any justice, then A Day at the Racists will get a transfer to a more prominent theatre and run right up until polling day. In daring to show the BNP as a multi-faceted organisation, something other than the traditional thuggery and demonstrating how everyday people can be seduced by its messages, it throws up a light to the political precipice that we are approaching, not just in East London but throughout the country. And if it convinces even one person to vote, then it will have achieved its objectives, regardless of what sniffy Guardian bloggers may think. This is writing that matters, and if I did star ratings, this would be an unquestioned five out of five: buy your tickets now!